One of the oldest and most important churches in the city. Built at the beginning of the 16th century, it was converted into a mosque by Turks, into a church again by Venetians and during the 2nd Turkish Occupation it became a mosque once more. Since 1822 it is an Orthodox Church. The paintings in western style date from the beginning of the 18th century. 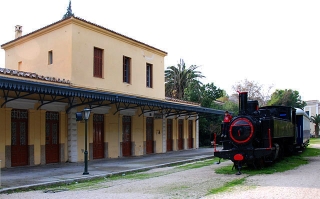